Alison McGinley of TaxAssist Accountants Ireland announced as 'Irish Franchising Woman of the year at the 20th Anniversary of the Irish Franchise Awards 2015. 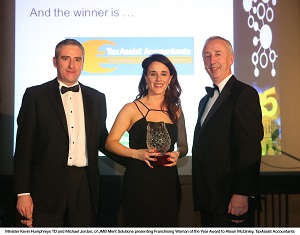 Alison McGinley who operates as the Marketing Director at the TaxAssist Accountants Ireland Support Centre in Dublin was "thrilled to win the award and to get recognition for the success of the franchise."

TaxAssist Accountants expanded into the Republic of Ireland in 2009 and has recently celebrated 5 years of success at its Annual Conference.  In this time, the network has built up to 26 shop fronts, a fee bank of €5,000,000 and 5000 clients.

Prior to joining TaxAssist Accountants in 2010, Alison held positions at Google and at an ad agency in Dublin.  Alison's role includes responsibility for marketing strategy, brand development, shop fronts and business development strategies for the Republic of Ireland network.

The Irish Franchise Awards, one of the longest running business award ceremonies in Ireland, were celebrating their 20th anniversary this year.  The awards recognise excellence in franchising and reward outstanding achievements of businesses and individuals in the franchise industry.

The ceremony was an impressive business event reflecting the strength of the franchise sector over the last two decades.  David Killeen, Chairman of the Irish Franchise Association said “The awards are an opportunity for us to formally acknowledge the excellent work being done by all franchise practitioners in growing the sector, consolidating existing businesses and contributing significant new sustainable jobs." 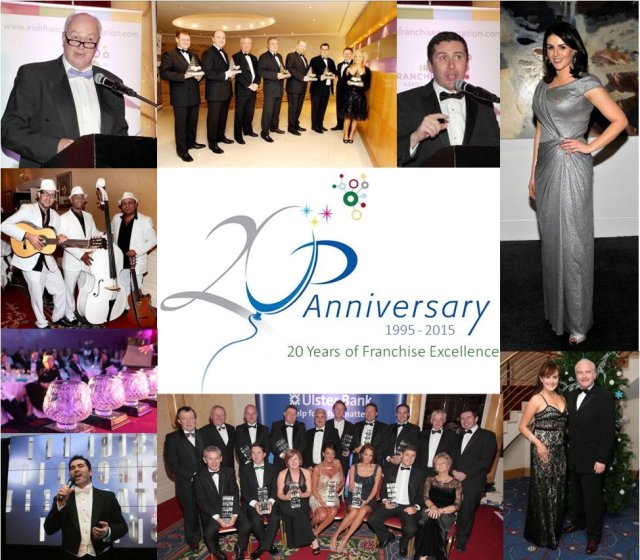